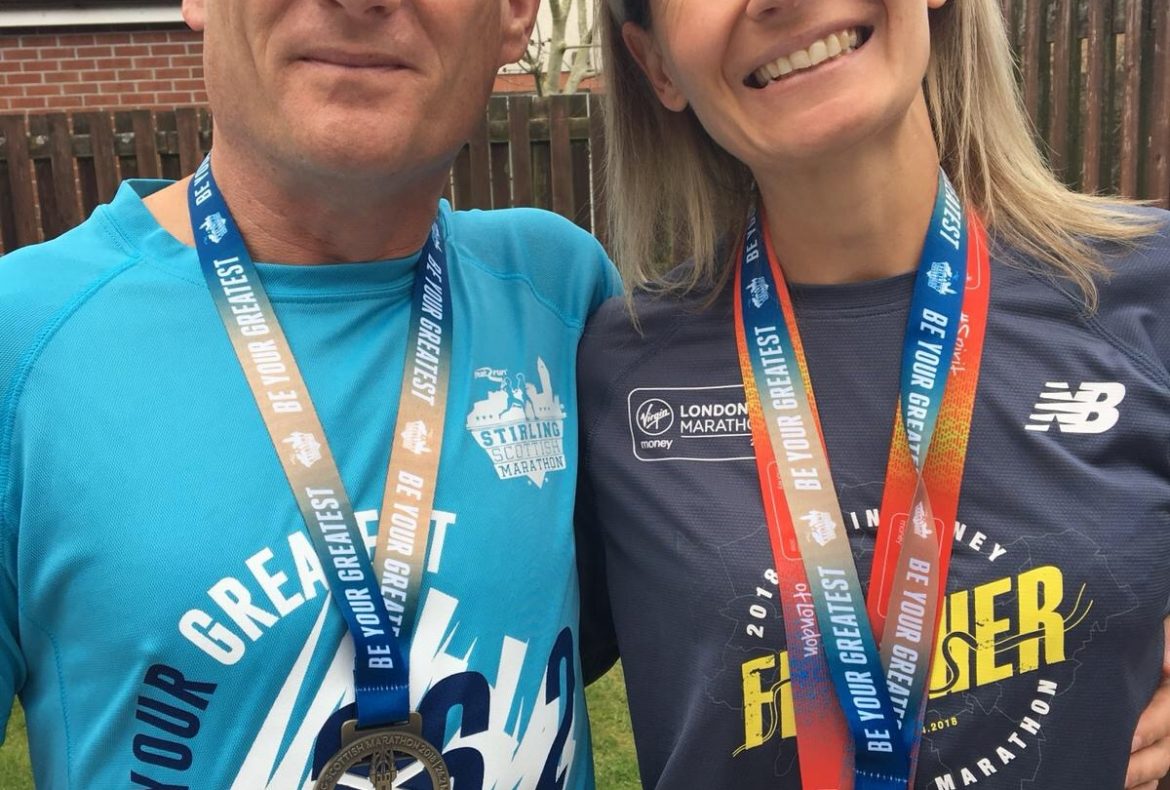 My husband and I decided to get in touch with Holly during a holiday in Ibiza. We are a fairly active family but I had recently lost my running mojo and felt a bit like a whale in a bikini during our holiday.

We both had running events planned for 2018 and decided it would be interesting to see the effects nutrition could have on our energy levels and running performance. We got in touch with holly and within a few weeks we were embarking on a new food lifestyle.

The food diary was horrendous for me as it really emphasised how bad my diet was ( I was eating chocolate for breakfast and skipping after training meals).

I realised I’d only ever gotten away with my food intake due to my exercise levels. Holly broke the diet analysis down into simple terms making it easy to understand both the positives and negatives with our current diets. For the next 16weeks we followed our meals plans – with a few slips along the way.

With small changes we enjoyed some delicious foods (the kind of foods you look forward to eating rather than being a chore). We even managed to make our 11 year old daughters diet healthier along with ours.

We have seen huge improvements in energy levels, weight loss and have both managed to achieve PBs. I was very dubious and afraid about leaving holly, in fact I might have asked her to move in with us! But during the height of our marathon training we went it alone …. using the tools Holly gave us I planned all our meals, wrote shopping lists and continued to enjoy great healthy food.

I used to tell friends “we’re on a diet” but we were on a food lifestyle change. I would recommend It’s Nutrition and Holly to anyone who wants to make a change to their food lifestyle, the benefits are limitless. She is a ray of sunshine, always making you feel positive and great about yourself.

5 months later and we’re in Tenerife and I feel positive and great about myself. Just got our marathon PBs to smash later in the month …… we’ll keep you posted …… **UPDATE Both Stephen and Suzanne smashed their PBs at The Stirling Marathon with Stephen running 3.29.17 and Suzanne 3.34.34 Absolutely AMAZING! **